The History of Zion Church

Zion United Church of Christ was born as Zion Reformed Church in 1892. The Cincinnati area of the Reformed Church had invited a missionary, the Rev. Joseph Schatz, to do outreach work with the German immigrants in Norwood, and the result was Zion Church. The Reformed denomination came to the United States from Germany.  Most Germans of the Reformed faith first settled in Pennsylvania. As they moved to other parts of this new country, their denomination moved with them. When Zion Reformed Church began, it was a group of 38 German speaking and worshipping Christians who met in a room at City Hall.

By 1906, the new church was self-supporting and had been worshipping for thirteen years in a two story frame church building at Sherman and Walter Avenues in Norwood. With Cincinnati and the United States around them, the congregation was growing.

In 1926, under the leadership of their seventh pastor, and having weathered the stormy times that all German communities did during the First World War, Zion moved to its present location on Sherwood Lane. At that time, the building consisted of the Springer Mansion -- currently Founder's Hall, the kitchen, and the upstairs classrooms surrounding the Children's Chapel. 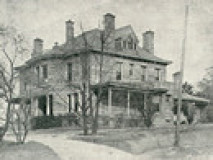 During the Great Depression of the 1930s, Zion Reformed Church rose to the challenge of hard times. Church members baked in the kitchen together and sold their goods to help support each other.  The church community served as a clearing house for odd jobs for the many unemployed. In 1935, this formidable group of members managed to build a beautiful sanctuary attached to the Mansion where they had been worshipping for nine years. The sanctuary was erected during  hard times with the help of one particularly resourceful member who arranged to purchase building stones from a wrecking company that was dismantling mansions in Walnut Hills. With the help of these "mustard seed stones", (Mark 4:30-32), and the generosity of members who were only themselves squeaking by, a new sanctuary embraced the people in worship.

By the time Zion began services in the new sanctuary, they also developed a new denomination. In 1934, the Reformed Church united with the Evangelical Church (another German denomination from the St. Louis area). 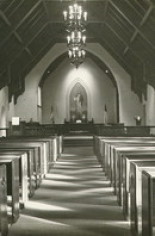 By the 1950s, Zion Evangelical and Reformed Church had grown significantly. Having cared for one another during the Great Depression, the members now turned outward to care for the community of Cincinnati to help grow new churches and mission programs. The boom of church growth that hit most mainline Protestant denominations caused Zion to add an educational wing and expand their sanctuary.

During the early and middle part of the 20th Century, the United States was marked by a sense of unification (as seen in the birth of the United Nations). Many churches felt a desire for unity and the need to follow mandates of their faith (Jesus' prayer "that they may all be one"). (John 17:21) For the Evangelical and Reformed Church, this meant conversations with the Congregational Christian Churches about union.  1957, the United Church of Christ was born.  In 1961, this new denomination elected its first President, the Rev. Ben Herbster, who had been Zion's Pastor for thirty years.

In the 60's and 70's, Zion United Church of Christ provided a place for young people in Norwood at the "Millstone", a youth center for fellowship and recreation in the church basement.  In the following decade, the youth were active with bus trips to various spots across the country, often performing at Seminaries and Nursing Homes.  The church continued its outreach work by sponsoring Home Away From Home (or HAFH House) for children temporarily ineligible for adoption.

The 1980's was a rough period for Zion Church.  The congregation experienced the same decline as other mainline Protestant churches but continued to do mission work both locally and globally, enjoying fellowship with one another and receiving leadership from the Pastors. 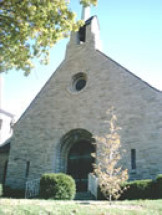 In 1991, Zion hired Howard Storm as a Student Pastor and then named him Full-time Pastor when he was ordained in 1992. Rev. Storm served as pastor of Zion United Church of Christ until April 2005.

In 2017, Zion named Rev. Scott Casebeer as its current Pastor.

John & Donna Winkler are the historians of Zion Church.